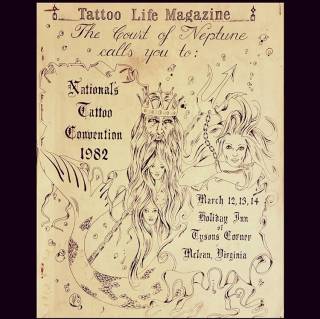 Gregory Rodman Irons was born in Philadelphia, Pennsylvania in 1947. He moved to San Francisco in 1967, where he started out doing a series of posters for the Fillmore Auditorium. He has done poster art for bands such as Jefferson Airplane, CSNY and Santana. He then moved to London, where he stayed until 1969, working on the classic Beatles animation 'Yellow Submarine'. Back in San Francisco he continued making posters, as well as designing record covers and drawing comics, such as 'Heavy' and 'Light'. Irons also did contributions to 'Yellow Dog'.

Greg Irons was one of the contributors to 'Yellow Dog', 'Slow Death' and 'Skull', as a part of the American underground comix scene. In San Fancisco, Irons teamed up with writer Tom Veitch.

By the mid-1970s, Irons started doing more book illustrations for Troubadour Press and Bellerophon Books. He also began working as a tattoo artist.

Greg Irons was killed on 14 November 1984 by a city bus in Bangkok.