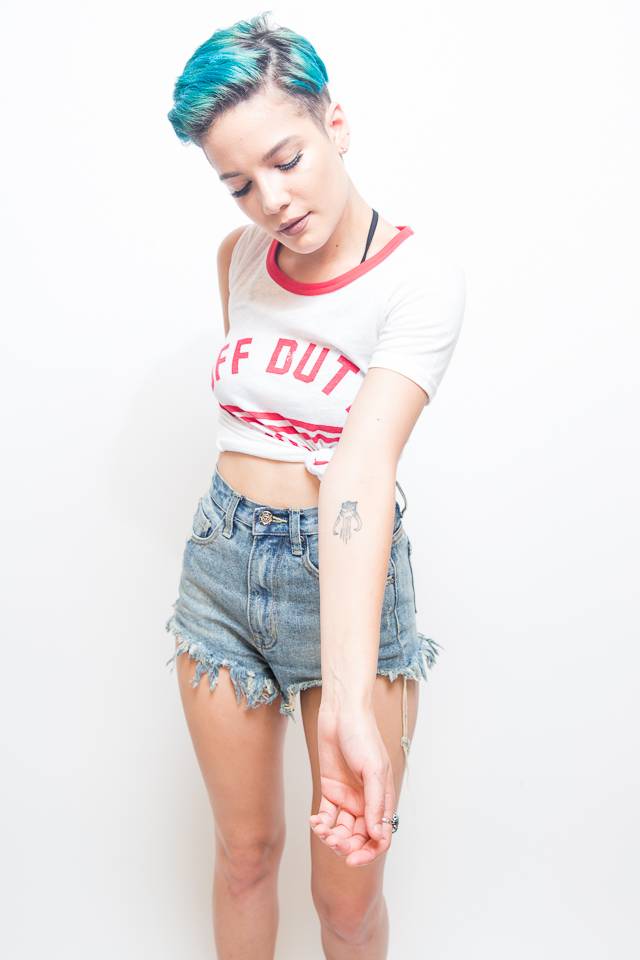 On the Mythosaur Skull on her left forearm: "It's a Mandalorian emblem and it's a deep cut Star Wars reference. It's one of the cooler tattoos that I have because it's a Mythosaur skull and it's a Mandalorian emblem. It's the insignia that Boba Fett wears on his helmet. It's a bounty. It's a symbol of bounty hunters, and it kind of represents badass-ness, but it's a very deep cut Star Wars reference. People who really, really love Star Wars as much as me will come up to me, and be like 'Is that a Mandalorian emblem?' And I'm like 'Yes.' Because casual Star Wars fans wouldn't know what this is, and I get asked about it all the time - sometimes by people who tell me they love Star Wars. I actually had a guy ask me what it was once who had a storm trooper tattooed on him, and I was like 'Aw, dude, you're a disappointment.'" Source

Uploaded by Celebritattoo 1 year ago, originally tattooed 8 years ago

© Photos and designs are copyrighted by their respective owners and are shared for inspirational purposes only, please don’t copy.